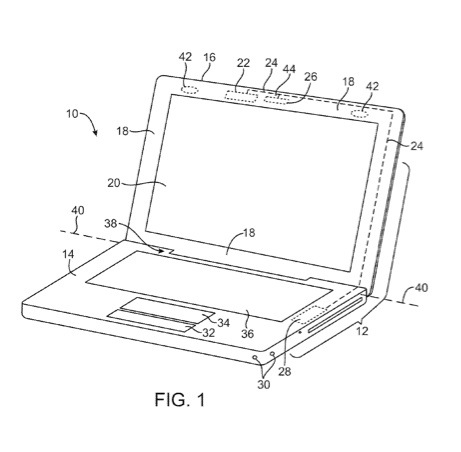 Several Apple patents has appeared at the U.S. Patent & Trademark Office. Following is a summary of each.

A display within the device may be covered by a cover glass. An opaque bezel region around the periphery of the cover glass may cover the antenna and block it from view. The antenna resonating element arms may run parallel to the longitudinal axis of the cavity. The inventors are Enrique Ayala Vazquez, Hao Xu, Gregory A. Springer, Bing Chiang, Eduardo Lopez Camacho and Douglas B. Kough.

Patent number D659160 is for the ornamental design for an icon for a portion of a display screen on iCal and Calendar (third graphic) Freddy Anzures is the inventor.

Patent number 81748502 involves touch event processing for web pages. Per the patent, one or more touch input signals can be obtained from a touch sensitive device. If the touch input signals are associated with one or more regions of a web page displayed on the touch sensitive device, a touch event associated with the regions of a web page is processed by the web page. Otherwise, the touch events can be processed by an application (e.g., a browser). The inventors are Gregory Dennis Bolsinga, Tim Omernick and Richard Williamson.