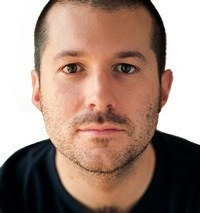 Apple design guru Jonathan Ive has been crowned British Visionary Innovator (http://macte.ch/fyB0b) in a competition run by the Intellectual Property Office. He received 46.6% of the votes, making him the clear favorite .

Here’s the Intellectual Property Office’s background on Ive: “Sir Jonathan Ive was born in Chingford, London in 1967. A graduate of Newcastle Polytechnic, Ive showed a flair for Industrial Design which led him to work for Apple briefly in 1992, and then as a permanent fixture with Apple under the leadership of Steve Jobs in 1997.

“Over the past 15 years, Ive has designed some of the most popular electronic products of all time, which have now reached iconic status. These include iMac, Macbook, iPhone, iPad, and of course, the iPod.

“Some of the accolades that he has had bestowed upon him include ‘Most Influential Person on British Culture’ (BBC), ‘Inventor of the decade’ (Guardian), and he was knighted in 2012.”

The competition, to celebrate World Intellectual Property Day 2012, is designed to celebrate people “who have achieved considerable success or developed innovative products, services or designs.”