Apple CEO Tim Cook and Chief Financial Office Peter Oppenheimer talked with analysts and press following today’s announcement of the latest fiscal results. Here are some highlights from the conference: ‘

° Mac growth was up 7% unit increase year-over-year, compared to 2% growth for the personal industry overall. This makes the 24th straight quarter that Apple has beaten the industry overall.

° Though Macs saw a record sales in the educational market for the March quarter, Apple sold two iPads for every desktop or laptop.

° The next major rev of Mac OS X, Mountain Lion, is due in late summer.

° Apple saw strong growth in all geographic areas. Especially in Asia Pacific and Japan, where sales more than doubled.

° Sales of 7.7 iPods may be down 15% year-over-year, but they still exceeded Apple’s expectations. Apple still has over 70% of the music player market and the iPod touch is the best-selling iPod.

° More than 125 million customers have signed up for iCloud.

° As always, Oppenheimer says that over half of those who bought Macs in the retail stores were newcomers to the platform. Doesn’t that 50% stat ever change? Forty-five percent? Sixty percent?

° Cook doesn’t see a complete merging of tablet and laptop lines due to the compromises that would have to be made. He thinks there will be some overlap, but says Apple “will continue to play in both markets.”

° Cook doesn’t seem too worried about rumors that iPhone carriers may revolt against current subsidy pricing. He adds that the subsidy isn’t large relative to the sum of the monthly payments across a 24-month contract period.

° Cook says Walmart is a good partner on the iPad and the relationship is ongoing in regards to the iPad and iPhone. However, there’s apparently no plans for the retail giant to get into the Mac business.

° Apple growth in Spain is much lower than in other geographic areas due to a “terrible” economy.

° Research and development expenditures are up 45% to $800,000 for the March quarter. Oppenheimer says Apple is investing in hardware and software engineering, shipping the best products it’s ever spent and has some great products in the pipeline so the R&D money is well spent. 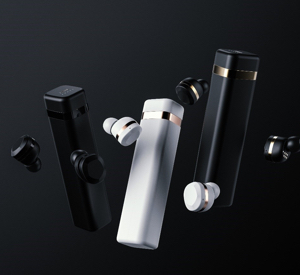 Kunvert for Mac OS X: PDF and more to JPG