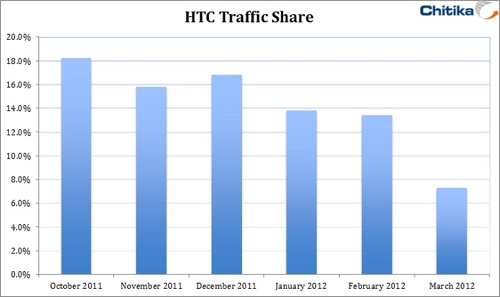 HTC’s share of traffic in the mobile market has declined — dropping 60% in five months, according to Chitika Research (http://www.chitika.com), a full-service on-line advertising network serving over two billion monthly impressions across more than 80,000 websites. What’s more revenues are down 35% year-over-year.

Apple is not the only threat to HTC. There are a wide variety of other Android manufacturers vying for dominance in the marketplace. It seems as if HTC is afflicted with a lack of product differentiation, says Chitika.