Amsys (http://macte.ch/uJksN) has released a SabPub tool that scans your Mac to see if it has been infected with the latest SabPub malware. It will delete it upon detection.

The SabPub Malware is a low level threat trojan that sends personal information from your Mac to an offending server. The Trojan is made to look like an Apple launcher, and also has a similar name to a real Apple launcher called “PubSub” so don’t confuse the two. The Amsys app — which is free — will search your Mac for this malware and will remove it. 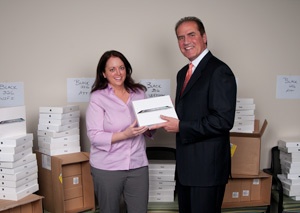 AirPorts Express and Extreme: who should use which?