A judge has ruled that Apple can intervene in a lawsuit against various app developers, reports “FOSS Patents” (http://macte.ch/x7HJX). Judge Rodney Gilstrap concluded that Apple was entitled to intervene, and in any event, a permissive intervention (one that the court can allow in its discretion) was also an option, the article adds.

In 2011 Apple’s legal department came to the defense of iOS app developers with a letter to Lodsys regarding its patent dispute with app developers. In the letter to Lodsys, Apple said: “Apple is undisputedly licensed to these patents and the App Makers are protected by that license. Thus the technology that is targeted in your notice letters is technology that Apple is expressly licensed under the Lodsys patents to offer to Apple’s App Makers.

“These licensed products and services enable Apple’s App Makers to communicate with end users through the use of Apple’s own licensed hardware, software, APIs, memory, servers, and interfaces, including Apple’s App Store. Because Apple is licensed under Lodsys’ patents to offer such technology to its App Makers, the App Makers are entitled to use this technology free from any infringement claims by Lodsys.”

Equinux announces TubeStick hybrid in the US 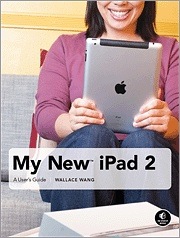