A “CNET” analysis says the U.S. Justice Department’s legal pursuit of Apple for alleged e-book price fixing “stretches the boundaries of antitrust law and is likely to end in defeat.”

“It’s a harder case against Apple than the publishers,” Geoffrey Manne, who teaches antitrust law at the Lewis and Clark Law School in Oregon and runs the International Center for Law and Economics, told “CNET.”

One reason lies in the Justice Department’s 36-page complaint, which recounts how publishers met over breakfast in a London hotel — but Apple wasn’t represented, the article says.

The Department of Justice “has a far better case against the publishers than Apple,” Dominick Armentano, professor emeritus of economics at the University of Hartford and author of “Antitrust and Monopoly,” told “CNET.” “If the CEOs of the various publishers got together in hotel rooms to discuss prices, they are sunk” and might as well settle.

Richard Epstein, a legal scholar and professor of law at New York University, argues in an essay published yesterday that there are “difficulties” with the Justice Department’s case against publishers as well. “It will take some time to hear the whole story, but the betting here is that this lawsuit is a mistake,” he says.

Video shows how company matches those with app idea with developers 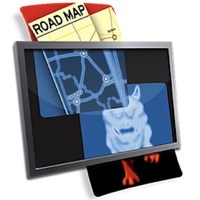