According to some reports, Mac sales have slowed a bit. Though still growing above the industry average, apparently the computer platform isn’t flourishing as hardily as it has for months. Of course, there have been no substantial hardware updates for months. Hopefully, Apple has some Macs coming soon that will have folks salivating for the computers. Hmmm. Perhaps …

° A 32-iMac/television Mac with a Retina display, built-in TV tuner (to warm us up for the rumored iTV/iPanel), Ivy Bridge processor, beefed-up graphics, better speakers (surround sound, perhaps, as indicated in a patent discussed at http://macte.ch/ZpSQP) and an anti-glare option. I’d also love to see Blu-ray support (but that won’t happen) and an Apple joystick/gamepad. The latter would require an OS X upgrade with “hooks” by which game developers could offer support for the peripheral. This is probably a pipe dream, but I know some users are tired of having to jump through a lot of software configuration hoops to play Mac games using a joystick/gamepad rather than the keyboard and mouse. And what about adding the Dictation feature of the new iPad if not full-fledged Siri integration?

° A merging of the MacBook Air and MacBook Pro line with Retina displays all around, as well as beefed-up graphics and Ivy Bridge processors. I think this will happen — and soon. If Apple really wanted to think different, it could offer a laptop with a touchscreen, but that’s not likely. Again: what about the Dictation feature of the new iPad if not full-fledged Siri integration?

° A Mac Pro upgrade. ANY upgrade for pro users. With Thunderbolt support and the latest high-end Intel processors.

Of course, the personal computer market overall is doing much worse than the Mac with U.S. sales tracking for declines of 10-15% year-over-year for the first fiscal quarter of 2012. But with Apple having only about 10% of the U.S. and 5% of the global computer market, there’s lots of room for growth.

So, Apple, how about some innovative Mac upgrades — and a marketing push to move ’em? 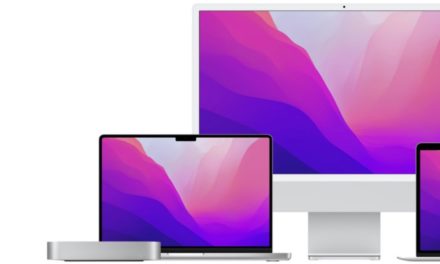