The Regional Administrative Tribunal (TAR) of Lazio rejected Apple’s appeal that the fine be suspended pending a ruling on the merits of the question slated for May 9. The Antitrust Authority imposed the fine on Apple Sales International, Apple Italia Srl and Apple Sales Retail for not providing enough information about guarantees afforded by the Italian Consumer Code and for giving misleading information in order to sell more AppleCare packages, notes IDG.

However, the court did order the suspension of the Antitrust Authority’s order that Apple modify its publicity and packaging in relation to the AppleCare Protection Plan, accepting the company’s argument that if the order was overturned by the court in May the obligatory modifications would cause “grave and irreparable” harm to Apple.

In January Apple complied with a court order in Italy and began informing customers at its online store about a legally mandated two-year warranty. Now featured at the top of the main page of Apple’s online store is a “communication to protect consumers” that links to a PDF explaining the court’s ruling.

A small “Communication to protect consumers” has appeared at the top of the Italian Apple store, linking to a PDF document setting out the court decision against the company. That ruling found the company guilty of pushing its extended AppleCare warranty while failing to alert buyers of the legally mandated two-year warranty applicable to all Italian retailers, but was being appealed by Apple.

In December 2011, Italy’s Antitrust Authority fined Apple for its handling of customer guarantees. The watchdog group said Apple had failed to inform shoppers of their legal right to two years’ technical support, recognizing instead only a one-year standard warranty.

The Antitrust Authority said the firm’s action had led people to pay extra for Apple’s own support service, which overlapped in part with the free guarantee. There’s no word on whether Apple has paid the fine.

Calpers to withold votes for Apple’s board 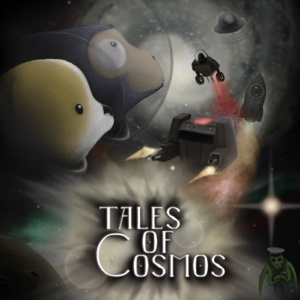 Tales of Cosmos is a new open world adventure game