Apple is increasing its lead as the most popular mobile platform among application developers while Google’s Android has receded and Research In Motion’s devices plunged anew, reports “Reuters” (http://macte.ch/82AhK), noting a quarterly survey by Appcelator.

The survey asked developers if they were interested in writing programs for various devices. The results showed Google’s Android slipped even though sales of devices powered by the operating system surged.

The platform is fragmenting as an array of hardware makers adapt it in different ways for their devices, unlike Apple’s platform, which is used exclusively by the maker of the iPhone and iPad, Mike King, a strategist at Appcelerator, tells “Reuters.” The firm, which works with developers, conducted the survey in conjunction with IDC, a research firm.

Almost nine in every 10 developers surveyed said they were “very interested” in developing for iOS, while eight in 10 had interest in Android phones and only two-thirds were interested in Android tablets. Most said they plan to use at least some HTML5 web-based code in their mobile apps. 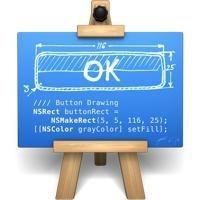