To speed things up in the legal battle against Samsung, Apple has removed a number of claims relating to two owned patents and dropped one patent entirely, according to “FOSS Patents” (http://macte.ch/8WtNE).

Apple has dropped U.S. Patent No. 7,863,533 on a “cantilevered push button having multiple contacts and fulcrums.” This is the only patent on which Samsung won the claim construction battle, notes “FOSS Patents.”

The article says Apple has also dropped claims 1-3, 11, 12, 15, 16, and 21-27 of U.S. Patent No. 7,789,697 on “plug detection mechanisms,”, and claim 3 of U.S. Patent No. 7,479,949, commonly referred to as the “touchscreen heuristics patent” (co-invented by Steve Jobs). Claim 3 of the touchscreen heuristics patent relates to the determination of which user interface object is selected when two user interface objects have overlapping hit regions.

You can still save $100 on iPad Pro’s Magic Keyboard 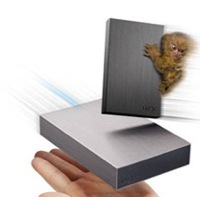