The U.S. Justice Department has warned Apple and five of the biggest U.S. publishers that it plans to sue them for conspiring to raise the price of electronic books, reports “The Wall Street Journal” (http://macte.ch/IAe6j), quoting unnamed “people familiar with the matter.”

According to the “WSJ,” the case centers on Apple’s move to change the way that publishers charged for e-books as it prepared to introduce its first iPad in 2010. Traditionally, publishers sold books to retailers for roughly half of the recommended cover price. Under that “wholesale model,” booksellers were then free to offer those books to customers for less than the cover price if they wished.

The Justice Department feels Apple and the publishers acted in concert to raise prices across the industry. It’s prepared to sue them for violating federal antitrust laws, says the “WSJ.” 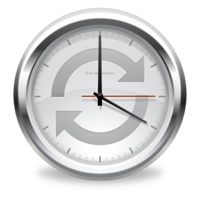