BMO Capital analyst Keith Bachman told clients in a note — as reported by “Barron’s” (http://macte.ch/po7xu) — that he’s raised his price target from US$545 to $590 after lifting his estimate for iPhone unit sales this quarter and for the full year to reflect the addition of carriers offering the device, including China Telecom where the phone will go on sale March 9.

For the second fiscal quarter that ends in March, Bachman estimates Apple may sell 29 million units; that’s up from a prior 28 million unit estimate. For the year, he’s modeling 120 million units, up from 118.5 million. Bachman also raised his estimate for fiscal 2013, to 156.3 million iPhones sold from a prior 153.5 million. 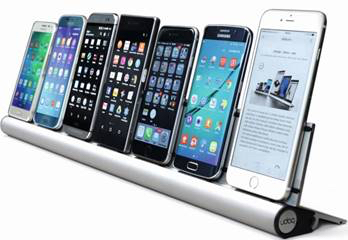