Mobicrew has announced Morisoft, Ltd’s Destiny Defense: Angel or Devil for iOS. It’s an US$2.99 action adventure game that immerses gamers in an epic quest between good and evil. In the side-scrolling defense game, players engage in battles against an onslaught of attackers, gives players the option to battle as either Angel or Devil, choosing a side in the path towards victory.

Josh Lord has released Indie Track for iOS devices. The $1.99 business app lets you list every transaction that you’ve ever had with a client. It also allows you to track revenue over time and get reports of current expenses.

Sepia Apps has introduced Tweeticide 1.0 for iOS. The $0.99 app allows Twitter users to delete all of their tweets at once, reducing their tweet count to zero, and essentially starting over from scratch without losing their screen name or followers. User’s screen names, followers, and direct messages are preserved.

Monster Robot Studios has launched SZC: Beyond Dead 1.0, an adventure gaming app for iOS devices. The $0.99 game features a complex storyline, an open world design, lots of weapons, 12 in-game achievements, and an auto save system.

Morotobi’s Adventure has premiered a new storybook for iOS devices. The free app tells the tale of a small boy who gets more than he bargained for when he goes looking for adventure.

Kelp Mobil has debuted Buddy’s Garage 1.0 for iPhone and iPod touch devices. The $0.99 app features 32 classic cars built from the sixties to the eighties. Users can chose to either play as single players or with their friends on a Bluetooth connection.

JoVe is presenting iAvoid for the iPad. The $0.99 game lets you control cars and planes.

James Shaw has served up Accounts 1.0 for iOS. The $1.99 app is designed to help you keep control of your finances and is intended to replace a paper-based checkbook log,

Virtual Frog Dissection app donated by PETA to save frogs 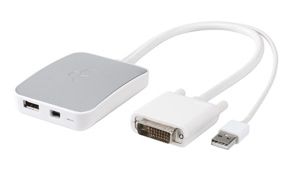