Ergonis Software has released a universal conversion AppleScript for use with Typinator 5, its acclaimed text expander solution.

The new conversion script impressively demonstrates the power and flexibility of Typinator’s new scripting capabilities, according to Ergonis CEO Christoph Reichenberger. With this AppleScript installed, Typinator users can convert currencies based on current exchange rates as well as arbitrary other units of measure like mass, length, time, etc., and get the conversion results inserted instantly into the current text. The conversion script can be downloaded free of charge from http://www.ergonis.com/downloads/extras/ .

The conversion script requires a licensed version of Typinator 5.0 or newer. Typinator requires Mac OS X 10.5 or higher. Typinator can be purchased securely on the Ergonis Software website. 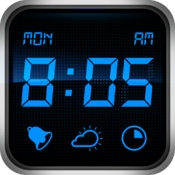 My Alarm Clock comes to the Mac