Chillingo has announced three iOS apps — Little Acorns, Blockolicious, and Toy Factory — at US$0.99 each. Little Acorns is a platformer featuring acaring squirrel, Mr. Nibbles, tasked with harvesting acorns and fruit for his growing family. Blockolicious is a color-matching puzzler with a jungle twist. Toy Factory appoints you as the chief toy designer in a factory.

Rob Laltrello has released TapPoll 1.0 for iOS. It’s a $2.99 multiple choice quiz and polling app that can be used by educators in the classroom or by students wanting to study for tests.

Applaud has introduced Bugly 1.0 for iOS. It’s a $0.99 puzzle game in which the aim of is to survive for as long as possible before the timer runs out. The player makes vertical chains of three or more bugs of the same color. Tapping a bug rotates those around it clockwise, so bugs can be moved around the board and positioned into chains of between three and eight.

Onepoint Software has unveiled Onepoint 360 v1.0, a multi-project dashboard for the iPad. The free app not only allows accessing Onepoint Project from the tablet computer, but also stores the dashboard locally.

Prajnu has launched Jobs & Career Visualizer 1.0, a productivity tool for the iPad. The $2.99 app is designed to help the user visualize his/her ideal career or job by entering their goals in seven different categories, starting with a mission statement.

Cristi Habliuc has premiered Daily Lama 1.0 for iOS devices. The free app gives you hand picked quotes from the most successful people in history with the goal of keeping you motivated in reaching your goals.

P&D Capital has debuted their new iPhone and iPad game, Quake Escape 1.0. Based on the Mayan calendar prophecy that the world will end after 2012, the $0.99 app takes place in multiple points on Earth during a huge earthquake, where the character must collect supplies and avoid obstacles to survive the apocalypse.

Total Eclipse has presented A Clockwork Brain 1.0 for iOS devices. It’s a free, brain training puzzle game in which players can challenge themselves with a series of mini-games designed to test cognitive abilities such as visual, spatial, logic, language, arithmetic, and memory.

CulinartMedia and Julian Whitaker MD and the Whitaker Wellness Institute of Newport Beach, California have created “Quick & Healthy: Easy Recipes for Diabetics,” an iPad app to help reverse diabetes through healthy eating. The $4.99 app features over 100 recipes that allow users to customize their daily menus based on Whitaker’s suggested nutritional targets. The app also includes an introductory video from Whitaker who shares his strategies for helping patients with diabetes.

iCOOLgeeks is offering the first 20 levels of Zeus Ball, their new physics based puzzle game for the iPad, for free. In Zeus Ball, Medusa is wreaking havoc on the countryside by turning innocents into stone. With a lack of heroes in the land, Zeus has trusted you to save the day. Your only weapon is the Zeus Ball. Using tap controls to direct the flight of the Zeus Ball, you must destroy the blocks, save the Princess, and become the hero.

The Iconfactory has developed Dine-O-Matic for the iPhone. The $0.99 app selects a place to dine from your favorite eateries when you, your family, co-workers or friends just can’t decide where to go.

James Shaw has driven out Gas Logs 1.0 for the iPhone and iPod touch. It’s a $1.99 tool to help you keep up to date with how much money you’re spending on gas/fuel.

Namco Bandai has given us Pac-Man Photo Frame on the iOS platform. The $1.99 app is a collection of photo frames, slideshow transitions, and animated scenes to bring some retro arcade flourishes to your iPhone camera images.

Passtouch (http://www.passtouch.com) has rolled out a “signature type” password alternative and web browser for touch screen devices like the iPad. It works a lot like a signature, but offers more creative freedom. Users create their own Passtouch design by drawing a single continuous line over an interface provided on the company’s app.  Free and paid versions of the app are available in the Apple App store.

Les Trois Elles Interactive has served up two new educational apps: Montessori Letter Sounds and Montessori Letter Sounds in French. The former is an English app that teaches children letter sounds and not letter names, preparing them for reading. The latter offers children the possibility to learn letter sounds, as well as some French vocabulary. The apps are US$4.99 each. 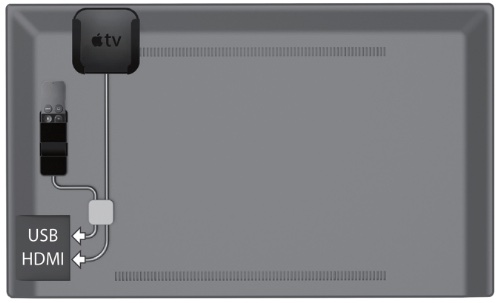