Apple can use some documents filed previously by Proview Technology, a Chinese tech firm, in the Hong Kong courts, which helps the iPad maker’s efforts in a trademark dispute over the tablet computer’s name in China, reports “Bloomberg” (http://macte.ch/Pufg2).

Apple’s application to use four documents filed by Proview in a case that started in 2010 was granted by Master A. Ho in a hearing Friday, the article adds. Ho rejected another application by Apple to use documents submitted in the future by Proview, saying he couldn’t issue such a “blanket” order.

A lawyer representing Apple told “Bloomberg” the company wants the documents as it prepares to appeal a November ruling by a Chinese court that Proview’s Shenzhen subsidiary owns the iPad trademark in the nation. Since that ruling by the Shenzhen Intermediate People’s Court, Proview asked China’s customs bureau to stop imports and exports of the iPad, and asked local retailers to stop selling the device.

Apple says it legally owns the iPad mark throughout Asia, and that Proview Technology, a Chinese tech firm, is squeezing it for additional money to use the trademark in China, despite the fact that it has already purchased those rights.

“We bought Proview’s worldwide rights to the iPad trademark in 10 different countries several years ago,” Apple spokeswoman Kristin Huguet told “AllThingsD” (http://macte.ch/dzKoZ). “Proview refuses to honor their agreement with Apple in China, and a Hong Kong court has sided with Apple in this matter.”

That does appear to be the case, the article adds. In July 2011, Judge Hon Poon ruled that there was more than enough evidence to suggest that Proview has breached its agreement with Apple by refusing to transfer to it the iPad trademark in China.

However, Proview claims to own the iPad trademark and wants a ban on shipments of the Apple tablet in and out of China, a lawyer for the company told “Reuters” (http://macte.ch/soyzz). The company triumphed over Apple in a lawsuit in southern China late last year and is looking to enforce the court ruling. Proview is petitioning Chinese customs to stop shipments of iPads, notes “Reuters.”

In December 2011 the Intermediate People’s Court in the southern boomtown of Shenzhen rejected Apple’s complaint against Proview Technology (Shenzhen). The court said Proview lawfully registered the iPad trademark as long ago as 2000 for products in a number of countries, including China. 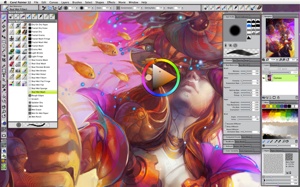 Car sales will peak in 2022 as robotaxis take off