U.S. consumer technology hardware and consumable sales fell just one half of a percent in 2011 ending the year at nearly $144 billion, according to the The NPD Group (http://www.npd.com). During that time Apple ruled the roost as the top consumer electronics brand.

The research group says that nearly 60% of all sales in 2011 were driven by the top five categories; computers, TVs, tablets/e-readers, mobile phones, and video game hardware, according to NPD’s Retail and Consumer tracking services and Mobile Phone Track. Computers (notebooks and desktops) generated the most revenue with nearly US$28 billion in sales, accounting for almost 20%of sales, but that figure was a decline of 3% from 2010. Tablets/e-readers were the clear winner in 2011, nearly doubling sales to $15 billion in 2011.

“U.S. hardware sales growth is becoming harder and harder to achieve at the broad industry level,” saysStephen Baker, vice president of industry analysis at NPD. “Sales outside of the top five categories fell by 8% in 2011 as consumers shifted spending from older technologies to a narrow range of products.”

Apple benefited from this shift as it was the leading consumer electronics brand for the second year in a row. Among the top five brands Apple was the only one to experience a sales increase, posting a 36% rise over 2010. By the critical fourth quarter Apple accounted for 19% of all sales dollars, almost twice as much as number two Hewlett-Packard.

At the retailer level, Best Buy came out on top once again, followed by Walmart and Apple.  Staples and Amazon tied for fourth place to round out the top five, a repeat of 2010.

Sales through online, direct mail, and TV shopping channels jumped 7 percent and accounted for 24 percent of all sales, up from 22 percent in 2010.  Sales through these non-retail channels captured 25 percent of industry revenue in the fourth quarter of 2011.

Euro iTunes stores to get music from indie labels 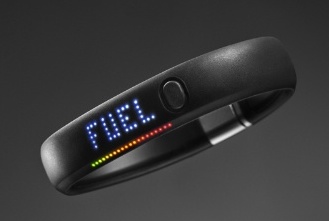