Apple has come under fire from the Greenpeace environmental group for a lack of effort to raise awareness around issues of climate change and address itsown energy use levels, despite record profits in recent months, reports “V3” (http://macte.ch/Jwuia).

Greenpeace’s “Cool IT Leaderboard” report (http://macte.ch/xd37Y) assess many of the world’s major technology firms for their work in raising the awareness of climate change issues, the work they do to reduce their own energy output and the services they provides for others to try and reduce their own impact.
Greenpeace said Apple wasn’t even included in its report because the firm had made so little effort on these issues, notes “V3.”

“It has not demonstrated leadership or elected to pursue market opportunities to drive IT energy solutions that many of its competitors have, despite record profits and large cash reserves,” the organization said.

Facebook was left out for the same reasons although, as Greenpeace says, it’s now changed its policies. The company is purportedly committed to a renewably powered Facebook and has announced a partnership with Opower to use the Facebook platform to help its users compare their energy usage.

Mophie announces juice pack plus for the iPhone 4 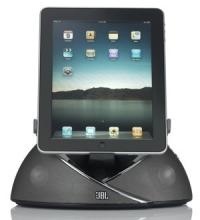