The worldwide smartphone market grew 54.7% year over year in the fourth quarter of 2011 (4Q11), as Apple unleashed its iPhone 4S on an eager marketplace, according to new data from IDC (http://www.idc.om).

Apple climbed back into the market leadership position with the launch of its iPhone 4S worldwide. In the process it reached a new shipment volume record for itself and for the entire industry for a single quarter.

According to the “International Data Corporation (IDC) Worldwide Mobile Phone Tracker,” vendors shipped 157.8 million units in 4Q11 compared to 102.0 million units in the fourth quarter of 2010. The 54.7% year-over-year growth was higher than IDC’s forecast of 40.0% for the quarter, and higher than the 49.2% growth in 3Q11.

Although this marks a slowdown from 2010, IDC still fully expects continued double-digit growth for the foreseeable future. Smartphones continued to be one of the hottest consumer electronics products in the market, and was helped along by the launch of key devices.

“By the end of the quarter, one out of every three mobiles phones shipped worldwide was a smartphone,” says Ramon Llamas, senior research analyst with IDC’s Mobile Phone Technology and Trends team. “The launch of Apple’s iPhone 4S played a key role in smartphone growth to capture pent-up demand, and smartphone launches from other vendors also provided a broad selection to meet varying preferences and budgets.”

The variety of offerings have become more nuanced as smartphone makers try to grow their respective user bases in emerging and developed markets alike.

Although the iPhone 4S disappointed some detractors by lacking 4G LTE connectivity or a different size screen, demand was high for the device. In addition, the combination of holiday seasonality, the delay in product launch from 3Q to 4Q, and the addition of multiple mobile operators helped drive volumes higher.

Samsung marked a series of milestones for the quarter: breaking the 30 million units mark for the first time, posting the largest year-over-year increase among the top vendors, and finishing 2011 as the overall smartphone market leader. Its series of Galaxy smartphones continued to expand, with attention to both the high-end (Galaxy S II, Galaxy Nexus) and mass market (Galaxy Ace, Galaxy Y), while the company updated its Omnia and Focus smartphones with Windows Phone Mango.

Nokia posted the largest year-over-year decrease among the top vendors, but its smartphone strategy took another step forward with the release of its first Windows Phone smartphones, the Lumia 710 and the Lumia 800. Company CEO Steve Elop claims that the company shipped ‘well over a million units’ in its debut quarter, and is using early feedback to adjust its marketing and sales strategy. At the same time, demand for its Symbian-powered smartphones appears to have waned, and smaller volumes are expected in 2012.

Research In Motion finished the quarter with a mixed bag of results. Its new BB OS 7-powered BlackBerry smartphones reached additional markets, and total volumes for the quarter staved off a fourth consecutive quarter of sequential decline. Still, overshadowing these results was the global network outage in October, followed by announcements that its first BB 10-powered smartphones will not arrive to market until late 2012. Such a delay gives the competition opportunity to attack RIM’s strongholds.

HTC maintained a strong pace of device releases during the quarter, with the launch of the Windows Phone-powered Titan and Radar models, the Beats-influenced Rezound, and the LTE-enabled Vivid in addition to multiple other Android-powered smartphones. As has been HTC’s approach all year long, these device launches kept the company’s product portfolio well attuned to both operator and end-user tastes. Despite the many high-profile launches during the quarter, however, the Taiwanese vendor still shipped lower volumes compared to the previous quarter. 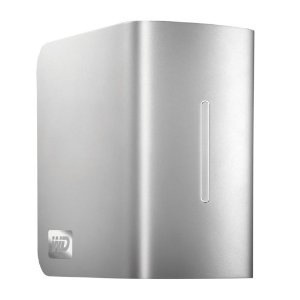