Taptivate has announced Face Fun for iOS devices. The US$0.99 app allows the user to take a picture of two friends and automatically have their faces swapped. The image can then be shared via email, Twitter and Facebook, including tagging.

Ampersand GameWorks has released Luke’s Escape for iOS. In the free game, you navigate Luke though a level and help him find the key that will unlock a door. Watch out for fire pits lurking around every corner. If you fall in the fire you’ll die, lose the key, and have to start the level again.

MobileChamps has introduced Greeting Cards for iPad, their iBooks styled, social networking app, which offers a sampler of different cards featuring decorative frames for any picture in the device’s Photo Library. Users can add a text message in their own handwriting or in an italic typeface. Greeting Cards for iPad is free and comes with 10 Miss You cards; additional cards are available as an in-app purchase for $1.99 per category.

Big Pixel Studios has launched Off The Leash for iOS. In the free game,there’s a new Chief of Police in town, and he’s put a ban on dogs, ordering them all to be captured. Off The Leash puts you in control of one particular outlaw, and it’s your task to outrun those pesky cops while trying to rescue as many of your doggy pals as you can.

Barking Ant Software has premiered Budget-Bal for iPhone. The $1.99 app is designed to take the tedious math out of the “money-in/money-out” juggling act, and make it easy to figure out how much money you’ll have on various days, while accounting for all the various transactions that have and will occur along the way.

Bald One Media has debuted You Jump! for iOS. The $0.99 jumping game allows to players attach their photos to the characters inside the game.

Fuzzy Wuzzy and Other Tails is available now for the iPad and iPhone. In addition to Fuzzy Wuzzy, the $1.99 ebook includes Chubby Wubby, Lucky Ducky, Lovey Dovey, Swimmy Kimmy, and more.

Tweet Land 1.0 for iOS ($1.99) is “the new gaming platform that plays with reality.” With a combination of retro images and a lively original soundtrack, Tweet Land is a game where you get a different experience every time you play it, and it changes according to the conversations being held online.

DreamHarvesters have teamed up with MutinySoft to bring HogFrog to the iPhone. It’s a free, one-touch game where the player takes on the role of Tore, a young frog who is in love with the pond mafia boss’ daughter, Rosina. The player takes control of Tore, and through various levels in different ponds must use his tongue to catch all the mosquitoes. The game comes with four different styles of pond, each containing ten levels.

Retro Valentine’s for iPhone is a new $0.99 app that includes 10 “retro” inspired cards, as well as 10 customizable cards that let you add a photo stored in your photo library. Or a picture can be taken with the camera and send it to someone you care about.

Live Rugby Six Nations ($0.99) for iOS devices lets fan follow the Six Nations tournament in real-time with textual and graphical updates. The app has location coordinates for each event on the pitch, building a visualization of kicks, rucks, scrums, and their outcome.

Liv Games has unleashed Monster Wars. In the $0.99 follow-up to Legendary Wars, you play a new adventure through the eyes of the Monsters. Monster Wars offers an blend of traditional RTS, castle defense, action and RPG.

The Ghost Trick: Phantom Detective app is now available for the iPad, iPhone and iPod touch in North America and Europe. Previously released on the Nintendo DS, the free game involves puzzle solving and is fully localized in English, French, German, Spanish and Italian.

Oliner Graphics has presented A Little Nosh. The free Pachinko game incorporates Jewish food. A bagel, a pickle and a corn-beef on rye are some of your obstacles as you try to get your latke into the fast moving bowl of sour cream at the bottom of the game. 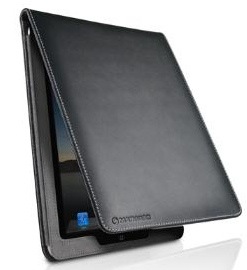