Apple will almost certainly never support Blu-ray on the Mac — though I’d love to be surprised with, say, a “Super” SuperDrive with an accompanying Mac OS X update that supports playback of Blu-ray movies.

I won’t be at all surprised if the next iMac and MacBook Pro upgrades lack an optical drive entirely a la the MacBook Air and Mac mini. After all, Apple is determined to encourage (force?) you into using iTunes to rent/buy movies as well as purchase music.

That’s a mistake. The day may come when buying films online is feasible, but, with bandwidth considerations, that day hasn’t come.

Compare the online market for music purchases with that of movie purchases. Digital sales accounted for 32%of global music revenues in 2011, compared with just 1% for films (and, just so you’ll know, 5% for newspapers and 4% for books).

Clearly, there’s great growth potential for movies on iTunes, books at the iBookstore and newspapers at Newsstand (the latter two which should also be made Mac OS X compatible as well as iOS compatible). But until the day comes when we can easily rent and/or buy true hi def (1080p) movies online, Apple could make many people happy by supporting Blu-ray.

‘MacVoices’ looks at getting organized with Tags 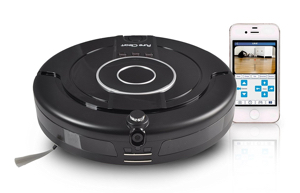