Sovereign Dynamics has announced Global Feed 1.0 for iOS. The free app designed to stream news based on Geo-IP location. It’s completely configurable by the end user.

Eys-Apps has released My Wedding Organizer 1.0 for iOS devices. Based on the prospective date of the wedding day, the US$1.99 app calculates the personal wedding countdown and assists the user in taking care of all upcoming tasks in a timely manner. An integrated cost calculator helps to keep track of total costs, money already paid, and outstanding payments.

M5859 Studios has unveiled Inside the World of Dinosaurs, narrated by Stephen Fry. It’s a $13.99, interactive digital dinosaur encyclopedia that utilizes the multimedia capabilities of the iPad. Every dinosaur or object can be spun around in 3D motion, allowing you to study the details such as skin texture and color.

Tharle Games has premiered Chewy Balls 1.0, a gaming title for iOS devices. The objective in the $0.99 app is to unite three or more similar chewy balls and make them detonate with the help of a catapult. The game consists of four different game modes consisting of 30 levels, each with different set of animations and colored characters.

Scott Snibbe Studio has debuted MotionPhone HD for the iPad. The $4.99 app allows people to create animations together over the Internet. 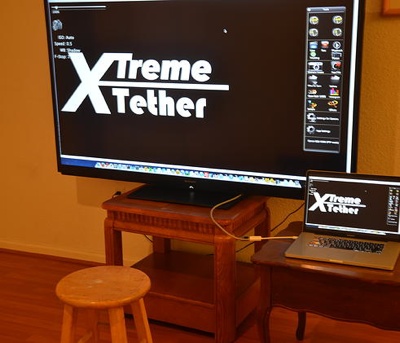