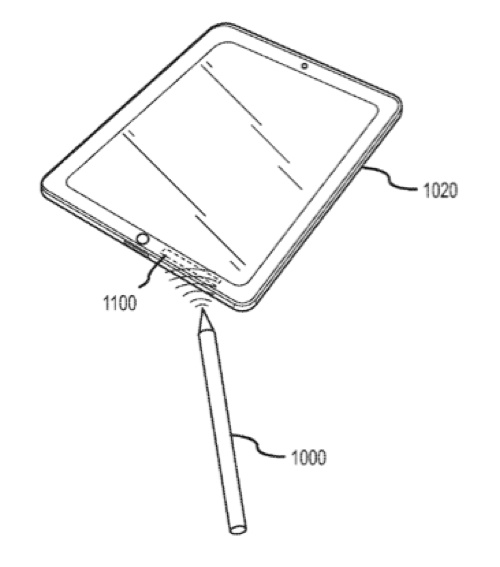 A new Apple patent (number 20120023597) for magnetically implemented security devices has appeared at the U.S. Patent & Trademark Office. It relates generally to programmable magnetic devices, and more particularly to security for computing devices and peripherals that may be provided by programmable magnets.

The first coded magnet is configured to securely provide data to a device associated with the second coded magnet, if the first and second coded magnets’ patterns are keyed to one another. The inventors are Brett Bilbrey, Aleskandar Pance, Peter Arnold, David I. Simon, Jean Lee, Michael D. Hillman, Gregory L. Tice, Vijay Iyer and Bradley Spare.

Here’s Apple’s background and summary of the invention: “Electronic devices are common in both home and work environments. Such devices often transmit data back and forth in order to operate or share information. In many cases, data transmission is unsecured or conventionally secured by methods that are easy to defeat. Physical security of certain items, such as computing devices, also may be desirable.

“Magnetic structures may aid in securing physical access. For example, magnetic doors may prevent ingress by unauthorized persons. However, magnetic security is rarely applied to securing data or functionality of an electronic device. Likewise, magnetic security is rarely used to authenticate data transmissions. Further, most magnetically-implemented security is very basic. In the door example, above, a door may be magnetically sealed but access is rarely granted through the application of magnetic principles. Rather, magnetism is used to provide the actual physical security by keeping the door closed.

“What is described herein are apparatuses, methods and systems for implementing various types of security through the use of correlated magnetic structures. Embodiments disclosed herein generally take the form of various magnetically-implemented security devices.

“Another embodiment takes the form of a method for securely accessing functionality of an electronic device, comprising: magnetically coupling a key to a magnetic surface of an interior element of the electronic device, the magnetic surface comprising a plurality of sub-regions, each of the plurality of sub-regions having its own magnetic characteristics; moving the key; in response to moving the key, magnetically manipulating the interior element; and, in response to magnetically manipulating the interior element, accessing the functionality.

Smule updates Zephyr for the iPhone