Tharle Games has released Chewy Balls HD 1.0 for the iPad. The free game’s objective is to clear the chewy’s by matching three or more similar chewy balls. The only condition is that there should be at least three similar chewy balls to get eliminated.

Inzmore has premiered Jewel Frenzy 1.0 for iOS. It’s an US$0.99, match-3 game in which the player rushes to click on a block of three or more of same color gems in order to clear them in 90 seconds.

Appsequence has introduced Kinema 1.0 for iOS. It’s a $1.99 movie entertainment app that aims to list every detail about every movie ever made. Users can find out what movies are playing in theaters and check out what other movies are coming up. They can search through their listings, read the synopsis and reviews, watch trailers and more.

Mobile Code by Kevin has unveiled QuickWho 1.0 for iPhone, an application to help users look up Internet domain registrations.The $0.99 app allows users to find out more about who registered a particular Internet domain name.

Rhyboo has created PuzzlePlus: Art 1.0for the iPad. It’s a free jigsaw puzzle game that features eight different levels of complexity for each picture. This introductory version features 11 famous paintings by Van Gogh, Bruegel, and Beuckelaer with additional works to be added.

Luca Giusti has developed Blocks Hurt! 1.0 for iOS. The $0.99 app features elements from falling block, tower defense, and color matching arcade games, Blocks Hurt! lets players use blocks in multiple ways, for building or destroying. There are 90 battles with four goals each.

Alcids Entertainment has given us Dress up Fred and Friends 1.0 for iOS. Designed for children, ages 2-7, the $0.99 app features the puffin Fred, who has a big masquerade party. The goal is to help Fred and his friends to choose what to wear.

Mobile Creators has rolled out Life and Works of Leonardo Da Vinci 1.0 for the iPad. The $2.99 app lets you to see Da Vinci’s works in context of the events of his life. Leonardo.

Epson has announced its first projection app for wirelessly displaying documents and photos to Epson projectors, allowing mobile professionals and educators the freedom to present content wirelessly with ease. It’s free and works with the iPad, iPhone and iPod touch.

Speeding Hippo and Masters Allen have driven out Squash My Car 1.0 for iOS devices. Aimed at car enthusiasts and petrol heads the $0.99 app reduces a photo of a normal car and squashes it up into a miniature version to share with your friends and on social media. 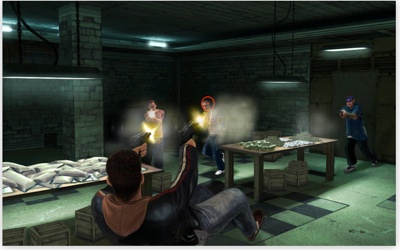