NBA Mania has announced Kids Painter 1.0, its new children’s coloring book for the iPhone, iPad and iPod touch. The free app enables children to create pictures. Only a touch of a finger and the selected element of the coloring will be filled with colors.

CodeStream has released Timelapse Video Recorder 1.0 for the iPhone. The US$0.99 app lets you create time lapse videos in full HD resolution. Videos are made with 60 frames per seconds.

Lunaform has unveiled USCode 1.0 for the iPhone and iPod touch. The $7.99 reference guide lets you search and browse through all the titles of the United States Code for lawyers, law students and others who need this source of data on-the-go.

Ralf Chille has launched RubberBalls 1.0 for iOS. The $1.99 app is a game of physics that allows players to experience the properties and characteristics of raw materials from their smartphone. The object of the game is simple: combine four rubber balls with similar colors to make them disappear and gain points.

Realore Studios has introduced Roads of Rome 1.0, the iPhone version of their strategy game title. In the $2.99 app, players have an opportunity to experience a story set in ancient Rome with a blend of building simulation, casual strategy and time management gameplay in 40 levels.

Gameloft has presented Urban Crime for iOS. In the free game, you create your criminal empire by laying down the law and reigning over the streets as you conquer a city that’s been divided by two rival gangs. 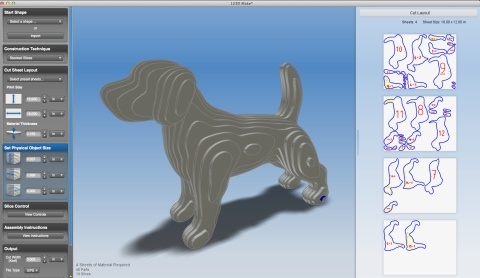