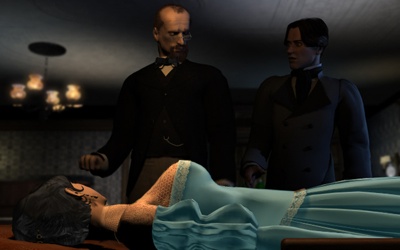 Anuman Interactive’s Dracula The Last Sanctuary is now available at the Macgamestore (http://www.macgamestore.com). It requires Mac OS X 10.6 or higher and costs US$9.99.

Here’s how the game is described: “Jonathan Harker returns in triumph from Transylvania after he saves Mina. But he can’t rest for long–Dracula has followed him up to London. He’s now determined to hunt down the Count wherever he goes, so he can finish him off once and for all. He won’t be as alone in this quest this time . . . but he will have to deal with even more difficult traps and enemies. His quest begins in Dracula’s last known hideout: The deserted country house of Carfax.”