The DrivePad introduces a sliding charge base that allows for perfect alignment between the charge sweet spot of the base station and of the phone, according to DigiPower President Maurice Mizrahi. Proper alignment is key to obtain the fastest charging times for a consumer’s QI enabled device, he adds.

The DrivePad features a FlexArm design, allowing drivers to position the smartphone where they like it. It also features a pivoting head to accommodate either portrait or landscape view, a flexible grip tabs to securely hold smartphones of any size and a 1A USB port for charging a second device.

The in-home DeskPad will include a perimeter lighting system to make it easy to check the charge status no matter how the pad is positioned on a desk or nightstand. The lighting system provides a soft downward projected glow around the product base without the harsh light affects of typical Status LEDs, according to Mizrahi. The DeskPad also includes a 1A USB port for charging a second device and an on/off switch for simple operation.

Both products are due in March. Pricing hasn’t been announced. 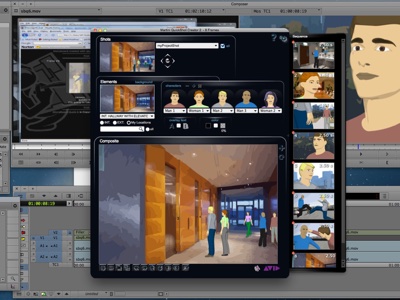