Robot Entertainment has announced Hero Academy for iOS. It’s a free, head-to-head multiplayer tactics game. Gamers will choose a team to battle their friends with unique, customizable armies. The game features a variety of playable units, offering a range of magical attacks and abilities.

Gary Chiert has released Karats and Coins 1.0 for iOS. It’s an US$2.99 gold and silver precious metals calculator that can convert weights in both troy and avoirdupois measures, with the conversion of a given face value of silver coins into price at various currencies and spot prices and more.

Gravyky has introduced iBonfim ($1.99) for the iPhone and iPod touch. The Brazilian Wish Ribbons or “Fitas do Senhor do Bonfim da Bahia,” as they are known in Brazil, have been in existence for many years. These bracelets are a symbol of faith and good luck.

Andrew Winn has unveiled Trip Money 1.0 for iOS. It’s a $1.99 travel app that allows you to check your money balance and track spending while traveling.

Shazam, a mobile discovery company, has launched Shazam Player for the iPad, iPhone and iPod touch. It’s a free music player that includes the Shazam discovery features such as LyricPlay streaming lyrics in time with the music, videos on YouTube and social sharing on Facebook and Twitter.

Shunra, which specializes in network virtualization and application performance engineering, has debuted NetworkCatcher Express for the iPhone. The free app provides on-demand measurements of the mobile network on which it’s being used.

SpinIsland has rolled out MotoSikeO 1.0 for iOS. It’s a $0.99 motorcycle racing game.

Angry Orange Studios has grown Fruits Collector 1.0 for iOS. In the free game players slash, grab, and tap different fruits in one of four gameplay modes. 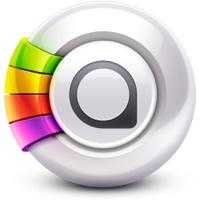