Preschool University has announced ABC Magic 4 for iOS, their 17th education app that provides practice in matching the first sound of words with letters. In the free app, when the child touches a picture, they hear the corresponding word aloud. Kids must correctly drag the picture to the letter, matching the first letter of the word to the letter displayed.

Robot Entertainment has unveiled Hero Academy for iOS. It’s a free head-to-head multiplayer tactics game. The app features a variety of playable units, offering a range of magical attacks and abilities. Players must choose the best time to strategically upgrade units in order to conquer their enemies.

ThemePark Guides has introduced a $0.99, voice guided, turn-by-turn navigation iPhone app for the Magic Kingdom, Orlando. With ThemeParkGPS, users can now get precise directions from their current location, within the park, to any of the other points of interest also within the park.

Optrix, designer of mounts that transform your iPhone 4S/4/iPod Touch into an HD action sports camera, has unveiled a new action video recording app for use with its products. The free app displays and records lap time, GPS track map, speed, g-force diagram and more. 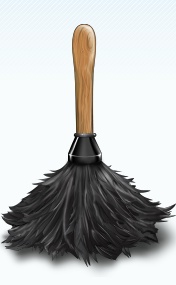 Hazel gets tagging support for Mavericks