This is the final part of a six-part op-ed series in which I make my predictions for Apple’s product line-up for 2012. Today we’ll look at the company’s Mac desktop line-up.

The Mac desktop that receives the Big Love from Apple in 2012 will be the iMac. The Mac mini will continue to be updated. As for the Mac Pro, my tea leaves say it will receive one last update in the spring — this will be the last upgrade for the high-end tower before it fades into oblivion.

Basically, the iMac has more than enough power for 99.9% of all users. And with Thunderbolt, Apple figures the iMac — and the Mac mini — offer plenty of expandability options.

During Apple’s last earnings call of 2011, the company said that 22% of its revenue comes from Macs — of that, 74% comes from laptop sales. On the desktop side, the iMac takes the Lion’s share, though Apple won’t say just what percentage of desktop sales it tallies. This means the Mac Pro is increasingly a niche product whose days are numbered. If you want a Mac that lets you add your own screen, Apple will soon be suggesting that you get a Mac mini.

As for the iMac, my crystal ball tells me that, like the laptop line, will ditch a built-in optical drive. Apple will expect those who want an optical drive to buy its US$79 SuperDrive. (I’d love for Apple to offer a Blu-ray SuperDrive and built-in Lion support for Blu-ray disk playback, but that ain’t gonna happen.)

Unlike the laptop line, however, the iMac will continue to offer both HDD and SDD storage options. The all-in-one will be powered by Intel’s Ivy Bridge chips. However, though Ivy Bridge will support USB 3.0, we won’t see it on any Mac. Apple has decided the future of connectivity on its computer line is Thunderbolt, though it will continue to offer USB 2.0 ports for the foreseeable future.

Now here’s where my predictions veer off into desires. In a note to clients — as reported by “Forbes” (http://macte.ch/qmKzI) — Wedge Partners analyst Brian Blair thinks that Apple will bring some features of its rumored “iTV” to the iMac next year, in effect allowing the all-in-one to double as a television set. Apple hasn’t announced ANY plans to make an iTV (an Apple-branded HDTV), but I think it will. And Blair’s thoughts make sense.

He thinks that a redesigned iMac in the first half of 2012 could be an intermediate step on the way to the iTV. What sort of redesign? An all-in-one with built-in Apple TV software and iCloud features.

I like the way Blair reasons, and I hope he’s on the money. I often watch TV and videos on my 27-inch iMac. However, this involves some work involving Elgato/EyeTV products (which I love, by the way) and a Dish/Slingplayer combo. It would be very convenient to have TV functions built into my iMac.

Moving on, I think that Siri will come to the iMac, though not to the laptop line. Why? Rumors say that Siri will be be rolled into the iTV. If Apple is test driving its television plans with a TV iMac, it would make sense for Siri to be included.

However, there’ll be no touchscreen iMac, so hang onto your Magic Trackpad. And while we may eventually see a Mac with a 3D screen, it won’t be in 2012.

As for the Mac mini, look for it to be upgraded with Ivy Bridge processors, better graphics chips, more memory and more storage — while maintaining the same price points. But there’ll be no major design overhauls.

So that’s my forecast for 2012. Whether I’m right or wrong, it’s going to be a fascinating year for Apple followers and fans. 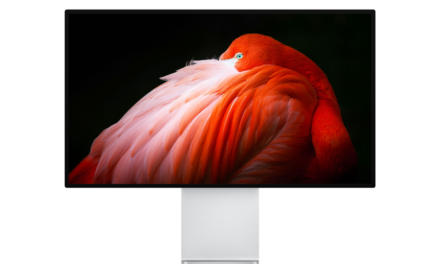 Rumor: Apple working on a follow-up to the Pro Display XDR