HTC has already completed a technical workaround to skirt a U.S. agency ruling that found a user interface in some handsets infringed an Apple patent, reports “Bloomberg” (http://macte.ch/IMslU).

“It’s actually quite rarely used,” HTC Chief Executive Officer Peter Chou said of the feature. The company will continue to work with Googlel to “protect ourselves,” Chou said in a media briefing at the company’s Taoyuan, Taiwan headquarters today.

Yesterday it was announced that Apple has won a formal impact ban from the US International Trade Commission (ITC) on HTC Android phones implementing one of two claims of violating a “data tapping patent,” “FOSS Patents” (http://macte.ch/ok9VY) reports.

The patent involves an invention that marks up phone numbers and other types of formatted data in an unstructured document, such as an email, in order to enable users to bring up other programs (such as a dialer app) that process such data. The import ban won’t relate to HTC Android products that don’t implement that feature, or that implement it in ways not covered by those patent claims, notes “FOSS Patents.”
Apple first filed its complaint against HTC in March 2010. An initial ruling in July 2011 found that HTC did violate two Apple patents.

The ban goes into effect April 19, 2012. However, if HTC can implement the data tapping feature without infringing on the two patent claims found infringed, the import ban won’t have any effect, says “FOSS Patents.” 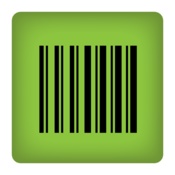 Barcode Basics for the Mac revved to version 2.0