“After the mobile telephones, Google will market a tablet under its marque.” — HardMac (http://www.hardmac.com)

“Apple, the iPhone and iPad maker that has $81.6 billion in cash and investments, will probably issue a “significant” dividend next year” — “Bloomberg” (http://macte.ch/65VUl)

An explosion at a Shanghai supplier to Apple injured 61 workers, reportedly after aluminum dust produced by polishing cases for iPads ignited. — “Bloomberg” (http://macte.ch/tojNR) 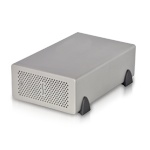