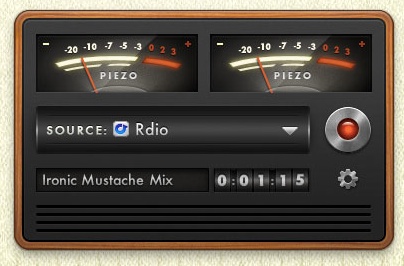 After launching, a single click of the record button can have Piezo recording audio from any application. Almost any app’s audio can be captured in Piezo, just by selecting it as the source. Piezo will grab web streams in Safari or music from services like Spotify and Rdio.

If you need to capture sound bites from DVDs or even from movies in iTunes, Piezo can do it. It works with audio devices, too, so when a microphone (such as an Apple headset) is connected, Piezo can record that audio right into the Mac.