Andrea Salomoni has announced Rookie Roach for the iPhone, iPod touch, and iPad. The US$0.99 app “combines the fun of a classic sliding puzzle with the thrill of a strategy game.”

Gold Dream Games has released ArkAnimals 1.0, a gaming title for iOS devices. Inspired by the story of Noah’s Ark, the goal of the $0.99 app is designed to save all the animals and bring them up to Noah’s Ark where the they are safe on board.

Thinknao Software has introduced Squares & Fruit 1.0, its latest puzzle and arcade game developed exclusively for Apple’s iOS family of products. It’s a $0.99 logic game whose goal of squares and fruit is to cover a square or honeycomb shape with the same type of fruit.

Fiona Alcorn has launched Companion Planting 1.0, a $1.99 gardening app for iOS. It allows gardeners to search for the vegetable of their choice, see a list of its companions and plant enemies, and add it to their “plant list” if they decide to grow it. The app offers a set of guidelines for growing your own vegetables.

CreativeAppDev has debuted Photo Cards Sender for the Pad 2. It’s a $1.99 photo card editor for creating and mailing picture/photo postcards personalized with your own text, images, frames and photos.

Jiayi Chong has developed Math Pets Plus! 1.0, an educational game for the iPad. The $3.99 app is designed to teach concepts of line equations, functions, vectors and sine curves through a series of casual games. It features a collection of unlockable creatures that the player can select to star as the protagonist in the various casual games.

Smartoonz has published The Lion and The Mouse 1.0 Interactive children’s story book HD for iOS devices. It’s based on the successful TV Series “Little Fables.” In the app — available for $0.99 for a limited time — meet the Lion for the first time and hear him roar, help the mouse gather food and climb on the big rock.

Chris Mayer has unleashed Blockmatix, a $1.99 app with the gameplay of puzzle games with quick-thinking elements of brain exercise games. Your goal is to clear the falling blocks by solving the equations displayed on them. Don’t let them land, if they stack up to fill the screen it’s game over. Clear blocks with the bomb, slow time with the Stopwatch, or nuke any fallen blocks with the mega-bomb.

Planner S, a social diary application for iOS from Akaon, has made its English debut. It’s a free calendar and planner with integrated social networking capabilities through Facebook, Twitter, and its own community.

ClearMind Interactive has rolled out their debut app, Avoid! HD, for the iPad at 66% off its regular price. In the game, you control Mr. Incrediball by tilting, tapping, or dragging him out of danger. Offering several kinds of gameplay styles, players avoid attacks such as missiles, crushers, lasers, bombs, and more. Avoid! Pro HD is now available at 66% off at $0.99.

Best Session Ever is a new, free app that allows the user to log, record, geo-locate, statistically track and share their sessions for up to six different summer and winter extreme sports including surfing, windsurfing, kiteboarding, snowboarding, skiing and skateboarding. Users can join an online community and share their extreme sessions and local knowledge with other like minded users globally.

Kdan Mobile has given us NoteLedge 1.0, an iPad note-taking app that combines handwriting, typing, drawing and audio and video recording. The 1.99 app gives its users ways to take notes, create a travel diary, or just write up day-to-day events.

Text Adventures has unleashed The Things That Go Bump In The Night 1.0, a free new text adventure game specifically designed for iPhone and Android phones. In it, you are a security guard settling down to a quiet night shift, when things start to go wrong. You must make your way around the compound, solving puzzles and dispatching mysterious beasts. Unlike the text adventures of old, this new type of text adventure can be played without any typing.

Knock-n-Block has battled its way onto the iPad. It’s a robot fighting game you can play by yourself or with a friend or foe in a championship bout for the metal-weight title. Or just sit back and watch Big Blue and Red Rage battle it out with each other using the game’s artificial intelligence logic in autoplay mode. You can customize your game play with three degrees of difficulty and three different game durations from which to choose.

SSA Mobile has announced LOL Videos 1.0 for the iPhone and iPod touch. The free app offers a collection of different types of “hilariously funny videos.” Users can sort videos by category and date, as well as share them with friends and family.

Valentin Radu has released Silvertune, an iPhone and iPod touch instrument tuner. The $2.99 app sports a pitch detection algorithm and supports a range of woodwind, brass and bowed string instruments.

Maven Apps has introduced CCTV Camera Tool 1.0 for iOS. It’s a $0.99 pixel density calculator designed to save installers and designers from needing to know the technical details typically required when selecting a lens and camera combination. The app itself requires users to select only three specifications: image sensor size, camera resolution, and lens size. 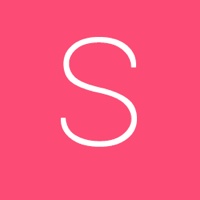