A group of consumers has filed a nationwide class-action lawsuit claiming that smartphone manufacturers HTC Corp., HTC America and Samsung Electronics for using software developed by Carrier IQ (CIQ) that illegally intercepts incoming text messages and captures users’ key strokes — including those used to compose email and text messages or to dial numbers — without consumers’ knowledge or permission.

In mid-November, software developer Trevor Eckhart published a video blog illustrating the operation of the CIQ software recording keystrokes, including information sent to secure websites using HTTPS security protocols used in e-commerce and other security-sensitive sites. After Eckhart published his discovery and documents he found on CIQ’s website, CIQ accused him of copyright violations and threatened legal actions unless he capitulated to the company’s demands.

The Electronic Frontier Foundation, a public-interest digital rights watchdog stepped in to defend Eckhart. CIQ later apologized to Eckhart and rescinded its demands.

According to CIQ, its software is embedded on smartphones to allow the company to collect data for the benefit of cellular carriers and device manufacturers, which is important to improving customer experience, such as logging information related to dropped calls.  CIQ says its program doesn’t log keystrokes or intercept messages and it does not store or resell the information.

The lawsuit alleges that, in reality, the program does record keystrokes and the content of messages, and could transmit the information to third parties, possibly including information sent to secure websites using HTTPS security protocols used in e-commerce and other security-sensitive sites such as banking.

“Given our dependence on smartphones, we rely on the assumption that our personal information is protected from third parties,” saysSteve W. Berman, the attorney representing the plaintiffs. “Yet, it appears that Carrier IQ has violated this trust.  For example, Mr. Eckhart’s video shows CIQ software intercepting incoming text messages, and it also shows that the software captures dialed numbers and sensitive information sent through protected websites.”

“We believe that CIQ was intercepting and collecting private information from smartphone users that they had no right to monitor or record,” Berman says. “Their actions, in concert with phone manufacturers and the various carriers, should raise the hackles of anyone concerned about privacy in the broadest terms.”

The lawsuit asks the court to award damages under the Federal Wiretap Act, and prevent companies from including similar software in future smartphones.
Hagens Berman is interested in talking with smartphone users who used devices that run CIQ software. More info can be found at http://www.hbsslaw.com/ciq . 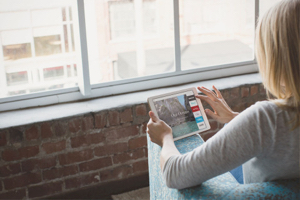