Take this one with a grain of salt, but “Side-Line Music Magazine” (http://macte.ch/r31IY) says the CD format will be abandoned by major labels in just over a year.

The article says the major labels plan to abandon the CD-format and replace it with download/streaming only releases via iTunes and related music services. That would, of course, tickle Apple immensely. The only CD-formats that will be left over will be the limited edition ones, which won’t be available for every artist, sys “Side-Line.” The distribution model for these remaining CD releases would be primarily Amazon, which is already the biggest CD retailer worldwide anyhow.

“It’s a move that makes completely sense. CD’s cost money, even when they don’t sell because there is stock storage to be paid; a label also pays money to distributors when CDs get returned to the labels when not sold and so on,” says “Side-Line.” “In short, abandoning the CD-format will make it possible to just focus on the release and the marketing of it and no longer focus on the distribution (since aggregators will do the work as far as dispatching the releases to services worldwide) and — expensive — stock maintenance.”

The end of CDs is coming eventually — but not by the end of 2012, in my opinion. “The Wall Street Journal” reported in March that CDs still make up 85% of album sales, so don’t expect them to disappear in the next 12-18 months.
But their demise is inevitable. Digital sales of individual songs this year have risen 54% from a year earlier to 173.4 million, while album sales have declined 20% year-over-year. That’s a trend that’s been ongoing with relative consistency since 2000 — and it’s only going to continue and speed up.

In other words, look for iTunes’ music sales to keep going up. And up. And up — eventually replacing the CD.

And, of course, if Apple has its way, that will also be the fate of DVDs and Blu-ray discs. 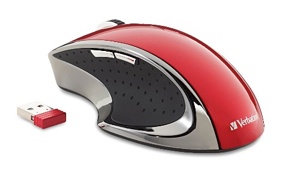