Emerson App Development has announced Opposite Test: Holidays 1.0, the sequel to the original Opposite Test for the iPhone and iPod touch. The US$0.99 quiz app features questions that all relate to the holiday season.

Steve Development has released Recurring Events 1.0 for the iPhone, iPad and iPod touch. The $1.99 app lets you repeat an event on your calendar any way you want. You can preview occurrences before adding an event; all events are fully customizable and compatible with the iOS calendar app.

Internet Design Zone has introduced First Words Train For Kids 1.0 their latest educational app for iOS. Designed for toddlers, pre-schoolers and kids in grade 1-2, this free app is designed to keep little kids busy with trains puffing and introducing first words with colorful pictures. Every time the Teddy Bear driver gets the engine puffing in, the railroad car has a picture of a new word. Kids will be able to learn about fruit, vegetables, animals, birds, shapes, numbers, objects, etc.

Dako Romania has launched iBall 38 v1.0, a spherical puzzle for iPhone, iPad and iPod touch users. The free app offers a simple color scheme on its surface and is comprised of eight fixed elements serving for guidance and 30 sliding elements. The aim of the game is that the original color scheme is to be restored by the rotation of the sliding elements.

BBP Creations has presented new iPad apps: “Santa’s Christmas Activity Book Lite” & “Santa’s Christmas Activity Book.” In the apps, children are able to select from 10 different activities, including decorating a Christmas tree, building a snowman, decorating a gingerbread man, word matches of two different levels, color matching, three different counting activities and more. A child can write or draw their letter to Santa, email it and receive a response within minutes from Santa. Free, feature-limited versions are available. The “full” versions are $1.99 each.

Wanakana Media has created Dedaloop, a light-strategy game for the the iPad. In the $1.99 app, you must find your way through six missions on an every-turn-changing maze. You can play solo against the AI or with your friends in two different hand-drawn ambients.

Mile 26 Studios has given us ABC Shore 1.0 for iOS. The $0.99 alphabet learning game for preschoolers is designed to help develop critical letter recognition skills. In the game, children help their crustacean guide, Crabby, find letters in the sand and arrange them into words on his beach towel.

Paul Solt has rolled out Photo Table 1.0 for the iPhone and iPad. It’s a $4.99 interactive photo slideshow that can auto-play with or without user interaction. You can drag photos around the table with one or 10 fingers.

Tales2Go has served up Tales2Go – Happy Holidays 1.0, which culls 20 seasonal favorites from its 1,600-plus title audio library for teachers and parents to play on mobile devices in the classroom and beyond. Encompassing over 30 hours of listening, the $0.99 app includes A Christmas Carol, Clifford’s Christmas and The Story of Hanukkah.

GloboTrac.com is offering a free iOS app for travelers through Nov. 28. U.S Traveller is a complete travel resource with in-depth profiles on more than 200 countries,

iStoryTime, along with HarperCollins Children’s Books, has published Biscuit Gives a Gift, a $3.99 children’s digital interactive storybook for the iPad, iPhone and iPod touch. Featuring illustrations by Pat Schories, the app is packed with activities such as a coloring book, digital sticker book and a memory game.

Dingo Games has unleashed Tasty Planet: Back for Seconds 1.0, the sequel to the iPhone game, Tasty Planet. In Back for Seconds ($0.99) players control a ball of goo with the ability to eat anything smaller than itself. The more it eats, the bigger it gets. By the end of the game, players are able to eat the entire world and more.

Nutty Sam: Swing, Slide & Soar To Survive — a free app for the iPhone, iPod touch, and iPad — has soared onto the Apple App Store. In the game, players help Sam hunt down prized golden nuts.

Konami Digital Entertainment has announced Frogger Free for the iPad, iPhone and iPod touch, now available on the App Store.  In honor of Frogger’s 30th anniversary, Frogger Free is the latest rendition of the classic series which captures the gameplay of the arcade original. It’s free — if you don’t mind in-app ads. 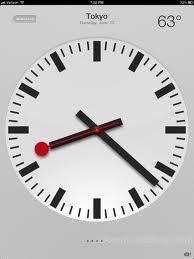