Twice as many consumers will be spending less money this season (33%) than more (15%), according to a previous poll by Consumer Reports (http://www.consumerreports.org/cro/index.htm). However, electronics and gadgets will be popular items this year — and that’s good news for Apple.

Seventeen percent of respondents to the pool plan to purchase an iPad. The Leapfrog LeapPad is on the shopping lists of 14 percent of adults, while one in ten (10 percent) plan to purchase the Apple iPhone 4S. Other items that were near the top of the list include: the Sesame Street Let’s Rock! Elmo, the Amazon Kindle Fire, a 3D television set, Fisher-Price’s Sing-A-Ma-Jigs, and an Internet-ready television.

The new Consumer Reports poll found that nine in ten (94%) Americans will shop in stores this holiday season, while 55% plan to shop online. Of those who will make trips to stores, 29%, or 51.2 million people plan to go gift-shopping on Black Friday, up three percentage points from last year. Forty percent have already started to shop as of early November.

Fifty-six percent of adults believe that online and in-store deals will be equal this holiday season. However, half of these gift shoppers expect to find out about these deals through email, one in three (32%) through deal or coupon websites, one in five (21%) through Facebook, and one in six (18%) through smart phone or tablet apps.

The Consumer Reports National Research Center conducted a telephone survey of a nationally representative probability sample of telephone households. 1,013 interviews were completed among adults aged 18+ between November 4-7, 2011. The margin of error is +/- 3.1% points at a 95% confidence level. To allow for year-over-year trending, data was standardized for consistency. 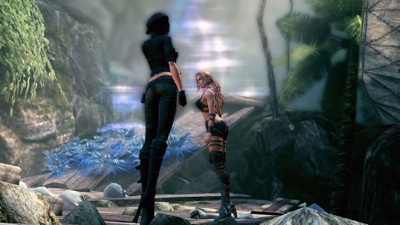 Blades of Time: LE comes to the Macgamestore