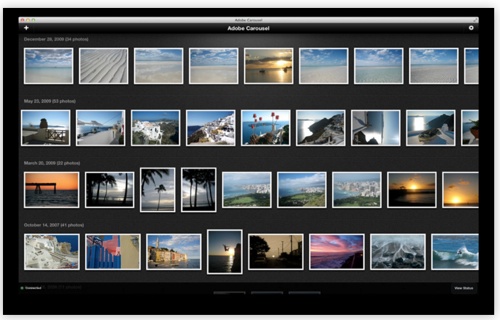 Adobe has released Adobe Carousel in the Apple App Store and Mac App Store. It’s a photography solution that gives consumers access to their entire photo library from their iPad, iPhone, iPod touch and Mac.

Adobe Carousel comprises a set of client apps for iPad, iPhone, iPod touch and Mac OS desktops; support for Windows and Android is expected in the first half of 2012. Photo libraries imported into Adobe Carousel are automatically accessible on any supported device through Carousel’s cloud-based smart mesh technology.

Once photos are imported, any edits, deletions or additions made to the library on one device automatically update across all devices linked to the account. Subscribers can import an unlimited number of JPEG files and install Adobe Carousel on as many of their compatible devices as they want. Getting started with Adobe Carousel is as simple as downloading the apps and setting up a subscription plan on the iPhone and iPad.

Customers can take advantage of a special introductory price for Adobe Carousel through Jan. 31, 2012, of US$59.99/year or $5.99/month. Anyone subscribing at the introductory offer will be able to renew at that same price for an additional two years. At the conclusion of the introductory offer, Adobe Carousel will be$99.99/year or US$9.99/month. Customers receive a complimentary subscription for up to 30 days and can purchase a monthly or yearly subscription at any time from their iPad or iPhone. They automatically receive any enhancements and updates to Adobe Carousel at no additional charge.

As part of their subscription, customers can download and install the apps as many times and across as many devices as they want for no additional fee. For more information including system requirements, go to http://www.photoshop.com/carousel 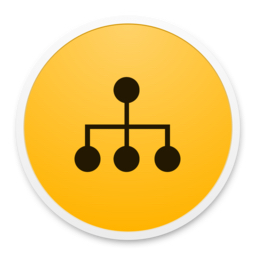