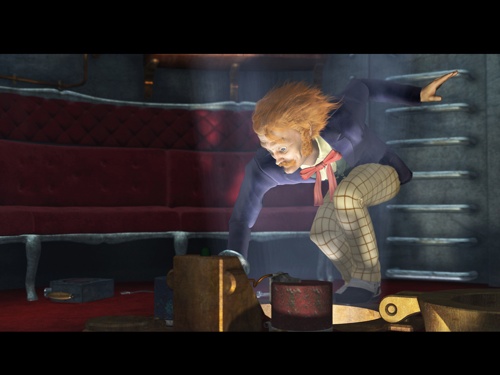 Anuman Interactive’s Journey to the Center of the Moon is now available at the Macgamestore (http://www.macgamestore.com). It requires Mac OS X 10.6 or higher and costs US$9.95.

Here’s how the game is described: “Open your mind and let your imagination run wild as you embark on a fascinating journey to a far star. An epic graphic adventure set in the 19th century in the fantastic and extravagant universe of Jules Verne.

“Following the best-selling adventure game Return to Mysterious Island comes a new and enthralling instalment in the Jules Verne collection inspired by the novels From the Earth to the Moon and Around the Moon.

“Play as the eccentric Michel Ardan and partake in a conquest to the far side of moon. Alone in this mysterious place, explore the ruins of an abandoned temple and witness amazing events. Make fantastic discoveries and venture into the centre of the moon itself as you try to find a way back home to Earth.”