Synaptic Wave has released Tower Siege 1.0, their new action game for iOS devices. The main goal of the free app is to protect the Tesla Tower from enemy attacks as long as possible. They use a variety weapon types, from submachine guns to air-to-surface missiles, and come on foot, by motorcycles, fast cars, or arrive on gliders and helicopters. The player’s arsenal includes a set of specials and several types of weapons such as freeze or earthquake.

Panorama Concepts has introduced AR Earth Invasion 1.0, a shoot-em-up app for the iPhone, iPad and iPod touch. In the game, the earth is under attack and all major cities are being destroyed by a unknown powerful alien force. Your mission is to save the world from destruction.

D-Studio has launched Hell Puzzle 1.0 for iPad, a new Halloween edition of their game Join It — Jigsaw Puzzle. The app — available for a limited time for $0.99, it’s usually $2.99 — it offers the choice of 16 Halloween HD images with a puzzle assembly timer, top score tracking as well as the capacity to create puzzles ranging from 4-300 pieces.

In collaboration with the Coalition of Immokalee Workers and Student Farmworker Alliance, Leaping Bytes has debuted Angry Tomato 1.0. The free app was created as a part of campaign calling on supermarket chains to stop human rights abuses of farm workers.

The new Starvatar Campaign 2012 iOS app ($1.99) enables you to experience the presidential and congressional elections in a new way. The app creates a full multi-media experience for the popular Twitter service. You can follow presidential and congressional candidates via Twitter as well as the observations and tweets of the Nation’s top pundits, but with the fun of experiencing it while using the Starvatar interface.

Internet Design Zone has published World War II Interactive, a new eBook exclusively for the iPad platform. Devoted to the biggest conflict in human history, divided into nine periods, this $4.99 eBook covers all the major battles and events in every theater of WW2 in detail, with photos, videos, articles, timelines and speeches.

NuOxygen Game Publishing has rolled out Ikaro Racing HD 1.0, a free air racing game for iOS devices. Gamers can expect turbulent neck-to-neck duels with agile racing airplanes. Working your way from apprentice to full-fledged ace pilot, you are the pilot of a high performance airplane racing for life at low altitude against a fleet of colorful peers in a breathtaking scenario. Up to six different airplanes can be chosen by the player in each session.

Good Blood!, a 3D gaming title for iOS devices, has flowed out from Frukti. In the $0.99 app, plays use hands-on knowledge about the human body. Players move with the flowing blood in the bloodstream. Fight viruses and bacteria, destroy blood clots and simulate other incidents that occur in the blood. Learn everything that happens in a blood vessel and also with which defense mechanisms the immune system combats illnesses and heals wounds.

Nahla vs LittleDee has served up Itots Sight & Sound Flashcard Creator HD 1.0 for iPad. The $2.99 app for young children challenges them to identify an illustration on a flashcard. Each card has a text caption under the picture, and kids can hear the answer aloud by touching the illustration. The app comes with hundreds of built-in cards, and allows the user to create custom cards and voice recordings. Parents can make cards with photos of relatives, etc.

Preschool University has given us 123 Number Magic 1.0 for iOS, their 16th free education app, that provides the missing link between numbers as symbols and numbers as concepts. The app has two modes: matching quantities to quantities, e.g., a quantity of beads to the corresponding domino; and matching numerals to quantities, e.g., the numeral “9” and the quantity “nine” as displayed on a pair of dice. The app features audible pronunciation of all the illustrated quantities and numerals.

Immunity Studios has unleashed NinjaGuy 1.0 for iOS, a $1.99 game where players become NinjaGuy, an arrogant, wisecracking Ninja assassin. The hero battles lots of foes in this episodic, single-player action game.

Hudsucker Studios has created Banker Jokes 1.0, for iOS devices and Android. The $1.99 app provides over 500 jokes about bankers and the banking industry.

Roamz — a new, free location-based, intelligent app for iPhone and iPod touch that merges local, social, and mobile technologies to provide users with local knowledge wherever they are in the world — launched today at the Web 2.0 Summit in San Francisco. It provides users with real-time, personalized, and relevant recommendations of nearby attractions, restaurants, etc. by harnessing the power of the social web.

Speedemissions — a vehicle emissions testing and safety inspections company with stores in Atlanta, Houston, St. Louis and Salt Lake City — has given us its third iPhone app, CARbonga-SRI (Safety & Recall Information). The $1.99 app is designed to equip every car owner with all the up-to-date information they need about every Safety Recall Notice and safety related Technical Service Bulletins ever issued by their automobile’s manufacturer.

Tres Madres has announced FearShrinker for the iPhone, iPad and iPod touch. The $5.99 teaches young children ways to cope with fears, along with “Puffy” the fish. Children identify their fears and worries and practice strategies to feel calm.

iTake is a new supplement and pill tracker. With the $0.99 app iTake, you enter vital supplement information like capsules per container, serving size, serving frequency, date when supplement was started and the app will display summaries for each supplement.

2kolobka has unleashed Angry Babooms. The $1.99 game involves a struggle for world domination between baboons and hippos and features physics-based castle demolition and African wild life.

Meeting Management Tools has released Meeting Space Calculator 1.0 for iOS devices. The $1.99 app was designed for anyone planning a meeting or event and needing to determine the space requirements of their gathering. Meeting Space Calculator can determine the maximum number of individuals that can comfortably fit within the space. Alternatively, the app will give a size requirement if it is given the number of attendees and a room configuration. 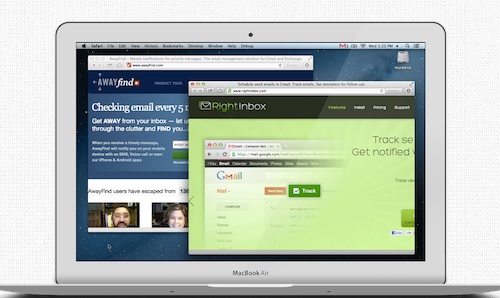