Perhaps the most gotta-have-it feature of the iPhone 4S and iOS 5 is Siri. Let’s hope it comes to the Mac.

Siri on iPhone 4S lets you use your voice to send messages, schedule meetings, place phone calls, and more. Apple says that you can ask Siri to do things just by talking the way you talk. I haven’t tried it, but Apple says Siri understands what you say, knows what you mean, and even talks back.

What differentiates Siri from competing technologies is its ability to not only recognize words spoken in a normal tone of voice, but its capacity to pick up on the contextual meaning of a phrase. It looked great during the demo at Tuesdasy’s “Let’s Talk iPhone” event, but then demos at such events usually do. (You can see a video at http://www.apple.com/iphone/features/siri.html .)

So what about Siri for Mac OS X? It could have a variety of uses, everything from launching applications to finding searching on the web (and iCloud) for documents. If they are making the voice control application programming interface available, who knows what third parties could come up?

With iCloud as a go-between the possibilities are huge. For the home control and home status crowd, there would be several benefits. As the allowed commands get more complex, quite sophisticated tasks can be accomplished with it.

So let’s hope that Apple gets Siri-ous about the Mac. 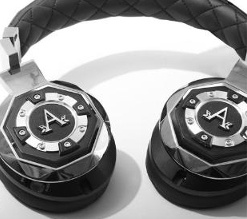 Greg’s bite: my thoughts on the Apple TV