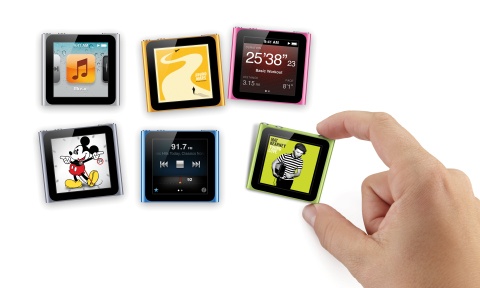 “iPod has revolutionized the way we listen to music and with over 320 million sold is the world’s most popular music player,”said Philip Schiller, Apple’s senior vice president of Worldwide Product Marketing. “The iPod touch, now available in both black and white, is the best selling iPod ever, and with iOS 5 and iCloud it is better than ever.”

The new iPod touch includes iOS 5, which includes over 200 new features including iMessage, Game Center, Notifications and Wi-Fi Syncing to iTunes. iMessage brings the functionality of iPhone messaging to your iPod touch, so you can send text messages, photos, videos and contact information to an individual or group on other iOS 5 devices.

It also allows you to maintain one conversation across all your iOS devices — for free — with notifications, read receipts and typing indication. Game Center enhancements include the ability to add photos to your profile, purchase new games from within the Game Center app, and even easier ways to find friends and new games.

The iPod touch also works with iCloud, Apple’s breakthrough set of free cloud services, including iTunes in the Cloud, Photo Stream and Documents in the Cloud. For more info go to http://macte.ch/3BG5B .

The iPod nano now features larger icons for even easier navigation of its Multi-Touch user interface, says Schiller. You can choose from 16 new digital clock faces, ranging from classic analog looks to your favorite Disney characters including Mickey Mouse and Minnie Mouse.

The iPod nano now tracks your runs and walks right out of the box with no accessory required, making it even easier to get your fitness program up and running, says Schiller. It can track the time, pace and distance of your run, the calories you burn, and the number of steps you walk.

The iPod nano encourages you with motivational real-time voice feedback during your run, available in seven languages, while listening to your favorite music or FM radio station, Schiller says. You can also upload workouts to the Nike+ website to set goals, track your progress and challenge friends. The iPod nano is available in seven colors including silver, graphite, blue, green, orange, pink and (PRODUCT) RED.

Apple’s holiday lineup also includes the iPod shuffle for $49 and the iPod classic in a 160GB model for $249.