An IHS (http://www.isuppli.com) analysis reveals Amazon’s business model for its new Kindle Fire tablet, with the company willing to settle for a razor-thin margin on sales of devices and digital content in order to achieve the larger goal of promoting merchandize sales at its online store.

A preliminary virtual estimate conducted by the IHS iSuppli Teardown Analysis Service places Kindle Fire’s bill of materials (BOM) cost at US$191.65. With the addition of manufacturing expenses, the total cost to produce the Kindle Fire rises to $209.63.

When further costs outside of materials and manufacturing are added in — and the $199 price of the tablet is factored along with the expected sales of digital content per device — Amazon is likely to generate a marginal profit of $10 on each Kindle Fire sold, says the research group.

However, the real benefit of the Kindle Fire to Amazon will not be in selling hardware or digital content, according to IHS. Rather, the Kindle Fire, and the content demand it stimulates, will serve to promote sales of the kinds of physical goods that comprise the majority of Amazon’s business. Amazon doesn’t make a substantial profit on sales of Kindle hardware and content such as e-books and music.

Instead, the Seattle-based online-retail giant generates its profits on sales of shoes, diapers, and every other kind of physical product imaginable. Similar to Walmart and other large brick-and-motor retailers, Amazon’s content business is designed to lure in consumers to buy such everyday goods as well as other money-making items, says iHS.

Jobs number three on Fortune Businessperson of the Year list 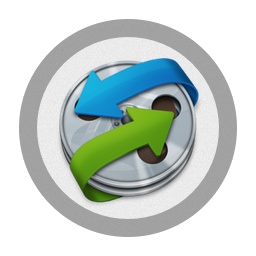 VidConvert now lets you convert to the WebM format

TextExpander touch released for the iPhone