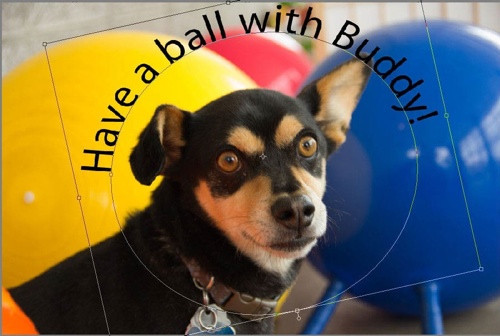 The new Premiere Elements 10 from Adobe (http://www.adobe.com) should fill the void for fans of the discontinued Final Cut Express. Plus, it’s even easier to learn than the Apple product.

You can work with composite video using Adobe Videomerge technology and use motion tracking to have fun with graphics and effects that automatically follow the motion. My favorite effect is Cartoon Effects, which lets you turn video into an “animated film.”  If you own a Flip Video camcorder (remember those?) or DSLR camera, it’s a breeze to bring your footage into Premiere Elements 10 thanks to the Organizer, which lets you tag and view photos and videos in one central place. The Auto-Analyzer helps you tag the best photos and videos; what’s more, it identifies specific faces in photos.

Footage gets stored in a project bin. From there you can drag it to a conventional timeline for precise editing or into the sceneline for some quick work.

You’ll certainly want to take advantage of the time-saving tabs. From the Fix tab, you can select Edit Videos. From the Create tab you can select InstantMovie or DVD with Menu. The new InstantMovie themes offer a starting point for some quick and dirty video creations. An InstantMovie lets you combine video and photos using your chosen footage (yep, Premiere Elements 10 lets you turn photos into entertaining videos with ease).

InstantMovie uses — according to Adobe — techniques from Hollywood directors to automatically edit your best clips together with coordinated music, titles, effects, and transitions from your choice of movie themes. Themes, including Celebration and In Memory, are included, and you can customize them as you please. From the Share tab you can select Burn Video DVD/Blu-ray (more on this in a moment) or Online Video Sharing.

Adobe Premiere Elements 10 speeds up your workflow thanks to one-click tools that make it easy to get consistent color throughout your work. Enhanced pan and zoom capability take some of the work out of finding faces with the pan and zoom process. Sharing finished projects is done via options to upload directly to Facebook and YouTube, as well as export in AVCHD format, allowing users to burn high quality HD movies.

With the proliferation of Blu-ray players (are you listening, Apple?), demand has increased for the ability to create and share HD quality home movies. However, the high cost of Blu-ray discs has made this an expensive task, according to Adobe. Premiere Elements 10 lets you burn HD quality movies to DVD discs — which are more affordable than Blu-ray discs — using standard burners.

Color correcting photos is common; now you can spruce up flat color in your video footage thanks to the new AutoTone Vibrance tool that automatically boosts tone and vibrance without affecting skin tones. What’s more, the Three-Way Color Corrector lets you independently adjust colors in specific areas, such as highlights, shadows, and mid-tones for consistent color throughout your movie.

What may be my favorite feature in both Elements and Premiere Elements is the Organizer, which is accessible from both apps. All media — photos and video — is tagged, searched, protected, and can be accessed from either product in the same way. Tagging enables you to quickly find what you need, and the Auto-Analyzer takes the work out of tagging your photos. For instance, it has People Recognition technology, which lets you quickly find specific people.

You can post photos and videos directly to Facebook with Premiere Elements 10 and combine media into interactive Online Albums. There are customizable scrapbook and photo book layout designs for automatic placement of photos within a template — and access to any Photoshop Elements editing feature from directly within Premiere Elements.

Note that importing and exporting of some formats may require activation through an Internet connection. Also note that you can have previous versions of Adobe Premiere Elements installed on your computer, but don’t try running ’em with version 10 (not sure why you would do this anyway).

At long last there’s an iPhone in my future