Walkman tops iPod in greatest inventions (but iPhone is number one)

In 2011, it’s a museum piece — but the vintage Sony Walkman has beaten Apple’s iPod in a T3.com poll to find the greatest tech invention of the last 50 years.

Launched in 1979, the Walkman revolutionized music listening by taking it out of the home or car for the first time — allowing music to be enjoyed “anywhere, any time.” It went on to sell more than 186 million units worldwide before the arrival of the MP3 player and the iPod changed the way we listen to music once again.

The Walkman’s cassette tapes could hold around 25 songs — compared to the 1000s available using a single iPod today. There was no “shuffle” or “repeat,” and its batteries rarely made it through the day.

But the original Walkman had some features even today’s top-of-the-range iPod doesn’t: twin headphone sockets, allowing you to enjoy music with a friend, and batteries you can replace yourself.

“The fact that over 30 years on, the original Sony Walkman is still seen as a greater invention than the iPod is testament to how ground-breaking Sony’s cassette player was,” says Kieran Alger, Editor of T3.com. “It was the first device to make music properly portable, to give us a soundtrack to every day. It changed the way we listened to music and saw the world. We’re still in love with that idea today, forgetting how annoying it was having to fast-forward to your favourite song– or when your tape chewed up altogether.”

Apple’s iPhone was voted the greatest tech invention in the poll, the Walkman and iPod coming second and third. Microsoft’s 1992 operating system Windows 3.1 and a third Apple device, the iPad, complete the top five. Rounding out the top 10 are YouTube, the Sony Trinitron TV, Sky+, Facebook and the VHS video recorder.

For more from T3 visit http://www.t3.com. The winners of the T3 Gadget Awards, “the world’s best technology awards,” will be announced on Oct. 10. 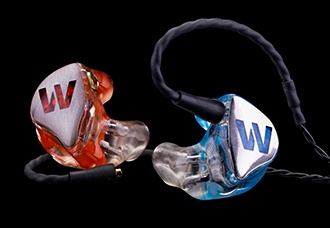