MokaFive opens a Window for Macs in the Enterprise

MokaFive (http://www.mokafive.com/), a company known for its virtualization- and desktop-management software, says its product suite is the ideal solution for companies that have standardized on a Windows operating system, but also want to meet the demand of a growing — and increasingly vocal — Mac constituency.

Third-quarter 2011 reports showed that Mac sales growth exceeded that of PC sales by more than 400%, according to industry-analyst firm Gartner Group (http://www.gartner.com), who reported in July that PC sales growth was a dismal 3.8% over 2010 — a much smaller number than projected.

The trend indicates that while other manufacturers’ sales seem to be suffering from a sluggish economy, the demand for Macs is unwavering. The brand appears to have become especially popular with mobile executives, whose requests are sure to hold sway with the IT departments assigned to them.

MokaFive Suite virtualizes the Windows operating system, abstracting it from the computer hardware, so that it can run in a secure “bubble” on any device — even (and especially) on a Mac. By doing so, IT administrators can continue to manage one corporate Windows image for an entire company, regardless of the platform that its users choose. The product can even create a secure environment to run Windows on Macs that employees bring from home (or use at home), enabling BYOC (bring-your-own-computer) initiatives that help companies save thousands of dollars on desktop hardware.

“With MokaFive’s desktop-virtualization solution, Mac in the enterprise is now a hassle-free reality,” says MokaFive CEO Dale Fuller. “We make it easy to place a virtualized Windows OS on a Mac in a secure bubble that provides users with all of the business apps, data and productivity tools they need to get their work done.”

Although there are other products on the market that allow users to run Windows on their Macs, none allows those instances of Windows to be fully managed by IT, he adds. They also don’t include the same security features as MokaFive, whose encapsulated, virtual Windows desktops are protected by several security features, including a virus scan of the host and encryption of the virtual machine itself, Fuller adds. Additionally, MokaFive’s interface makes it almost transparent to the user, and its performance is similar to running Windows natively on a PC.

“As Macs continue to proliferate, more and more users are going to demand that they be able to use their platform of choice in the workplace,” Fuller says. “MokaFive makes it easy and affordable to integrate Macs without sacrificing the management convenience and security that most companies have already developed to accommodate their Windows PCs.” 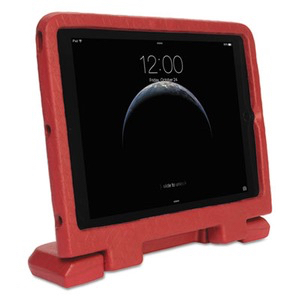