ITC to review ruling on HTC’s infringement of Apple patents

The U.S. International Trade Commission will review a ruling that declared that HTC had infringed two Apple patents, a decision that could possibly lead to the banning of HTC’s Android smartphones in the US, according to “Bloomberg.”

Posting to the ITC website, the commission filed a “Notice of commission determination to review in part a final initial determination find a violation of Section 337″, a ruling that has the potential to ban both the import and sales of products deemed to be infringing intellectual property of another entity (in this case Apple).

Apple had previously won a lawsuit against HTC, which was found to have infringed two of the company’s patents covering data transmission and the identification of phone numbers, technologies that are utilised by Google’s Android operating system on HTC’s smartphones. The ITC will now review four patents, two that HTC had previously been found to infringe, and two additional patents that cover the programming of HTC’s operating system on its devices. 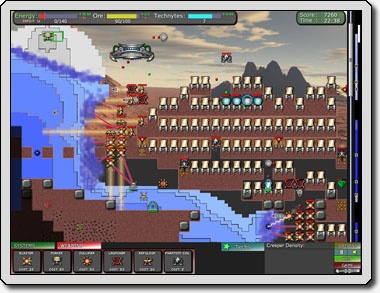 Creeper World 2 creeps onto the Macgamestore