Gskinner has announced Puki HD 1.0 for iOS. The US$1.99 game is a 3D shooter that involves a routine mission to Deep Space Station G-7. You pick up a cute, harmless Puki as a pet. Following exposure to dangerous Gamma radiation, the Puki began to reproduce rampantly. As the sole survivor, you must race through the corridors of your ship, and put the little beasts back in their place for good.

RowZone has released StopWatch X3 1.0, a free 3-in-1 stopwatch for iOS. You can time up to three participants at one time.

Selectsoft has unveiled Tri-Peaks Twist, a solitaire game for iPhone and iPad. Developed in partnership with Teyon, Tri-Peaks it combines “the classic strategy of tri-peaks solitaire with fun layouts, unexpected power-ups, eye-catching visuals and an exciting levels mode.” Twist has over 500 maps, five types of cards, five backgrounds and three game modes, It’s being offered at an introductory price of $0.99 for the iPhone/iPod touch and $1.99 for the iPad.

DigitalCoolio has introduced their latest game offering, Fun Fun Sports HD 1.0 is a $1.99 game for the iPad based on athletics like running, shooting, etc.

Shalom Levytam has debuted MyWorkout 1.0, a fitness app for iPhone and iPod touch users. Designed for gym goers and fitness enthusiasts, the $2.99 app helps you track your exercise routines and fitness history, and lets you choose from a large selection of gym exercises and cardio activities to build custom workout routines.

NBA Mania has launched Memory Puzzle 1.0.0, a card matching game for the iPhone, iPad and iPod touch. In the free game, you select two of the cards by clicking in the box next to the card with your finger. If both cards are the same, those cards will be removed. Memory Puzzle may be used for testing and educational purposes and supports three level games, including Alphabet, Color, and Monster.

Webcreatorhub has served up PlanetTrips 1.0 for iOS. In the $0.99 app, aliens travel through all planets and learn about facts. There are different aliens who travel through planets Mercury, Venus, Earth, Mars, Jupiter, Saturn, Uranus, Neptune and Pluto, and then analyze their facts. The speed of spaceship can be adjusted, as the distance of planets from sun, number of moons and other important information are discussed.

Smart Cookie Studios has cooked up Little Farmer ($1.99) and Little Farmer Lite (free), educational apps for babies and toddlers available for iOS. Featuring hand-drawn watercolor illustrations and classic children’s songs, Little Farmer “delights young children while encouraging language development, musical appreciation, and fine motor skills.” The heart of Little Farmer is the “Find the Animals” game, where children are asked to find an animal from the two or three animals displayed on the screen.

Frostware AB has unleashed Rushing Ninjas 1.0 for the iPhone or iPod. In the $0.99 game, you take control over the ninjas on screen in order to make them survive the onslaught of the fearsome demon samurai clan and their array of sneaky traps. The game features a stealth mode that renders every ninja on screen invincible for a short period, an “endless mode” for continuous play, as well as Game Center support.

OmNom Apps has created Button Smasher Free, a free version of their iOS game. Players use a set of buttons at the bottom of the screen to clear shapes as quickly as possible. In doing so, players are able to earn more points and rank against others.

On the heels of the release of the Military 24/7 app for the iPad, Atlanta based Defense Video & Imagery Distribution System gives us a free application for iPhone and iPod users. Military 24/7 extends the global outreach of military service members, engages civilians with user friendly interactive elements and connects media outlets with incoming footage from the frontlines. These searchable news features allow users to stay up-to-date on military missions and operations.

Wild Dolphins, a free iPad app, tells the true story behind the movie “Dolphin Tale.” Interviews, videos, graphics, sounds and interactive elements provide the factual and scientific backdrop to the rescue and recovery of Winter, the most famous dolphin since Flipper. 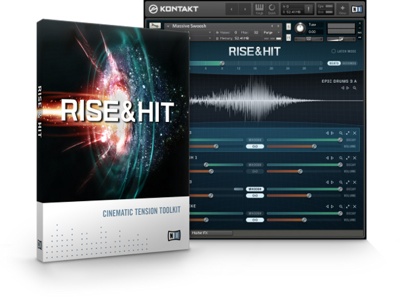